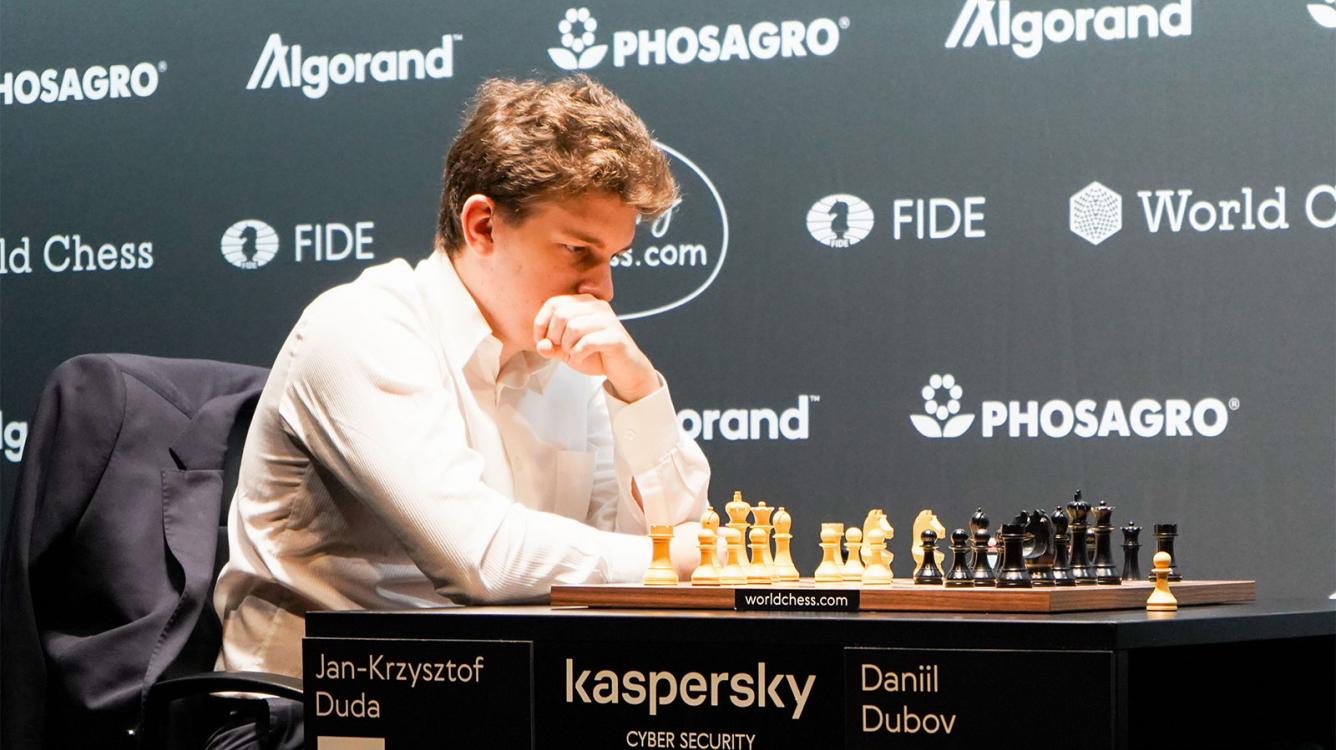 Despite losing the first rapid game in Wednesday's tiebreak Jan-Krzysztof Duda knocked out Daniil Dubov to reach the final of the FIDE Grand Prix in Hamburg. That starts on Friday. It was an exciting semifinal tiebreak between two of today's most promising rising stars—especially in speed chess: Dubov, the reigning world rapid champion and Duda, the runner-up at the world blitz championship. It goes to show that both of them were invited to the 2020 Tata Steel Chess Masters. Dubov got extremely close to victory as he won the first rapid game (with 25 minutes on the clock and 10 seconds increment), and reached a drawn rook endgame. Duda had to gamble there, and won. The first encounter was also decided in the endgame. The Russian player outplayed his opponent with a more active king: